Get fresh music recommendations delivered to your inbox every Friday.
We've updated our Terms of Use. You can review the changes here.

Songs for the Hangman's Daughter

by Mark Rubin, Jew of Oklahoma 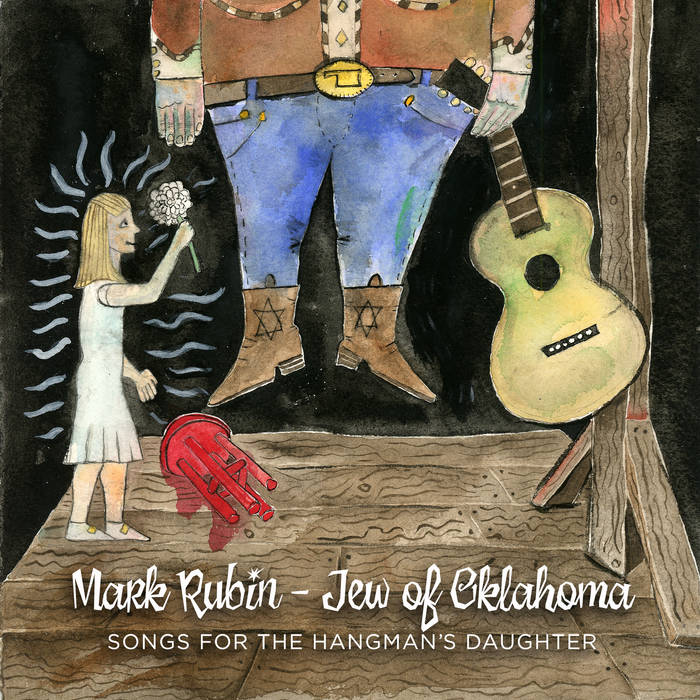 thewhirlybird I simply love Jews from Oklahoma - how kool does that get? Favorite track: The Hangman's Daughter.

Oklahoma-born, Texas-reared, and now living in New Orleans, multi-instrumentalist Mark Rubin is an unabashed Southern Jew, known equally for his muscular musicianship and larger-than-life persona. Over an accomplished 30+ year career, he has accompanied or produced a virtual who’s-who of American traditional music.

His latest striped down folk effort "Songs for the Hangman's Daughter" is an eclectic and personal collection of original songs featuring much of Rubin’s diverse musical lexicon, but most of all expresses ongoing efforts to reconcile his multiple musical identities as a culturally Jewish musician operating in the American South.

Each track is a live take of just me and one instrument, in most cases the first take. 11 original compositions, one from Kevin "shinyribs" Russell, a banjo instrumental and a fun old Bad Livers tune.

I'm proud of it and I want you to have it. Donate if you are so moved, but please do share with a friend if you do like it.

Mark Rubin, vocals and all instruments, each one at a time.

Recorded by Matt Smith at 6 String Ranch in Austin Texas with assistance by Kristopher Wade. Mastering by Jerry Tubb Mastering,

Cover art by Howard Rains,
(spencerandrains.com/art/) The shirt I'm wearing in the illustration is the one Don Walser gifted me on his deathbed.

Known equally for his muscular musicianship and larger-than-life persona. Over an accomplished 30+ year career, he has accompanied or produced a virtual who’s-who of American traditional music. With Danny Barnes, he founded Pioneer Proto-Americana band the Bad Livers ... more

Bandcamp Daily  your guide to the world of Bandcamp